Christine’s Story Part One – “From Bristol to Bangkok”.

Christine was born in Merseyside in 1936. She described a happy early childhood followed by a more frustrating and restricted adolescence that she was relieved and excited to leave behind when she finally left home for Bristol University in the 1950s.

“I spent the war years in Merseyside where my father was a Chemical Engineer in a factory, making margarine. He wasn’t called up to fight.  He was in ‘Dad’s Army’ but he was a factory man. I was very happy there really. I lived with a lot of small children. We had an Anderson shelter in the dining room, but I didn’t know anything about ‘before the war.’  Parents used to talk about ‘before the war’ which sounded like a sort of fairyland, really, when you could get things to eat! The war was difficult because you had to queue for everything, and I thought food was called ‘rations.” 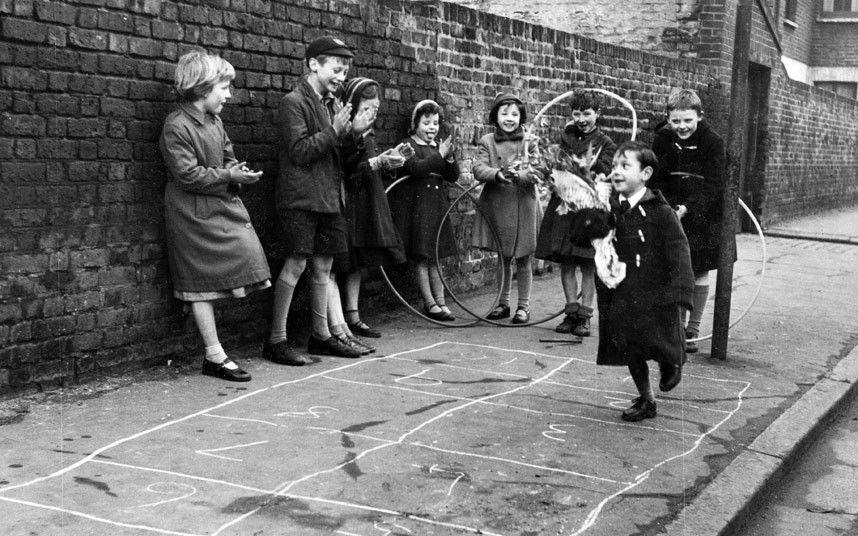 Christine described a happy early childhood playing in the street with friends.

“And then in 1946, my father was moved down to Essex to a factory down there, and my parents had to find a house to live in, which was very difficult, because of course all the houses around London had been bombed.  Anyway, they found a house which I hated; I was very unhappy there.  And that’s where I spent my teenage years, unhappily basically.”

“I hadn’t really any proper friends. It was in a cold, elderly part of the world.  Emerson Park was the name of the place, and there were big, detached houses and gardens and there was nobody about.  I think it was mainly this horrid house which I hated.  I’m very conscious of my surroundings, and if I’m not happy in my surroundings, I’m not happy, period.”

Christine described her relationship with her mother as distant and unfulfilling.

“I don’t like my mother – she’s dead, many years – I never liked her. She didn’t like me. She didn’t want me; I was born nine months and four days after she was married, so I was a mistake, obviously.  And my sister was born so that she didn’t have to go to work in a factory. I may be saying the wrong thing here, but I wasn’t very attracted to my mother.”

She felt that her father pushed her hard to achieve academically. As she looked back on her adolescence, she painted a picture of a lonely, isolated, and rather unhappy existence.

“My father was a strong, silent Yorkshireman, but I felt he loved me more than my mother did. My father pushed me throughout my teenage years when I was, as I say, unhappy.  I’m six feet tall which didn’t help, because there weren’t many six feet tall women in those days.  And my father used to say “Well, you just carry on getting your work done and you’ll go to university where you’ll have a great time.”

“I led a lonely and protected life.  I had to be home by ten o’clock at night, always.  I had no real friends where we lived. I had friends from school, but they all lived in another place.”

Christine went to school in a convent for girls, where she says she was both well educated and treated kindly by the nuns. Her education prepared her for university, and she went to Bristol to study in the early 1950s.

“I did a degree that was called a General Arts degree, which was French, German, Latin and Geography.”

Christine feels that she ‘became herself’ at university. For the first time in her life, she felt free. She remembered that she was able to socialise with men for the first time and fully embraced student life.

“Anyway, I got to Bristol, and that was when I opened up and that’s when I became me, really, rather than ‘my father’s eldest daughter,’ if you know what I mean.”

“I went wild, absolutely wild.  I had all kinds of things that I did.”

“I arrived and I was in digs. It’s not like you lot now, where you’ve all got your own flats, most of us were in digs.  And I was in digs with an old woman who was a very nice old bird.  And to give me some idea of the value of money, I had bed, breakfast and evening meal with full board at weekends, and she did all my laundry.  I had a nice little room of my own, obviously, and for all of that I paid four pounds ten shillings a week.”

“Anyway, then I began to meet people for sure, and I loved it.  I couldn’t get over the fact that there were fellas around, which I’d never seen at all really, because I’d only got a sister and I was at an all-girls school, I’d never met men at all.  And the things they did, I thought “Oh my god, how scary and how naughty.” 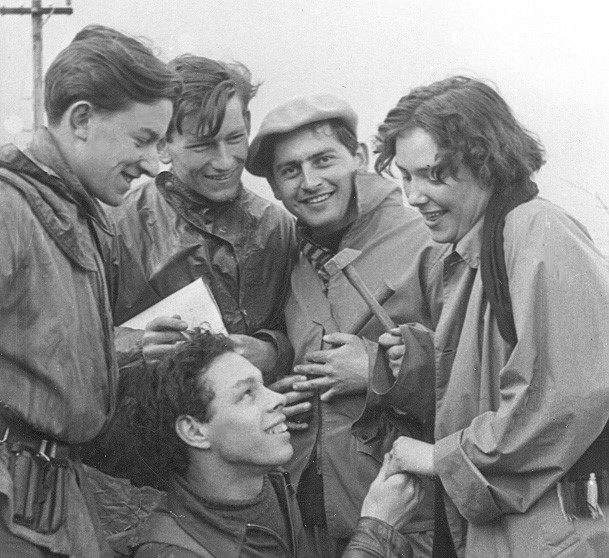 Bristol University students in the 1950s

“On Saturday mornings, we used to go to a lovely little pub called ‘Aunties,’ quite a gang of us really. The first time I was taken out by anybody at university it was a postgraduate student who took me out for a drink one night – and said, “What will you have to drink?” I said, “I’ll have a gin and tonic.”  He said, “You bloody won’t, you’ll have a beer” [Laughter]. And I said, “But I don’t like beer.”  He said, “You’re here for three years, you will [laughter].”

It was at Bristol University that Christine met her late husband, Michael, a man who would go on to become an enormous part of her life and about whom she talked with respect, admiration, and affection.

“In my second year my husband, Michael, turned up.  And my life was really centred around him. He was a very interesting character.  He had a true vocation; he produced his first newspaper at the age of 11.”

“That’s [being a newspaper editor] was all he ever wanted to do. When he turned up at the university, he went straight to the university newspaper office and said, “Can I come and be a reporter or something?”  And they said “Oh, thank god you’ve come.  The last chap who was going to be Editor failed his exams and he’s not coming back, so you can be Editor.”  And so, he said “Okay.”

She remembered the moment their relationship began.

“The rest is history, as they say.”

“In fact, Michael saved me from going completely off the rails.  Yes.  Anyway, but after about ten days only, he asked me to marry him! And I thought “Jesus Christ, what have I led this man to? Why does he want this? We were both students, yes.  And when he said, “Would you?” I said, “I don’t know, you’ll have to wait and see.”  But anyway, he was very persistent and in fact we were very happy, or reasonably happily married for 53 years.”

“Oh yes.  We had a Golden Wedding before he died, in our house in France. But I haven’t even started yet, young man.”

I sensed at this point in our conversation that Christine’s story was only just beginning.

Michael’s passion for newspapers was a central part of their life. As Christine talked, it was clear to me that he had been a committed, ambitious, dedicated, and talented newspaper editor and director. After Bristol, his work led them to Sheffield (where he worked at the Sheffield Star), to Scotland (working on The Scotsman), and finally to Bangkok, as managing director of The Bangkok Post.

“His managing director in London said, “I’ve got this newspaper that I bought out of my own pocket.  It doesn’t really belong to any part of the organisation, it’s mine, and it’s bankrupt because people have had their hands in the till for years, would you like to take it on?”

“My husband, being my husband, said, “Yes, of course, I would.”  So, he said, “Right, well you can go then.”  So, Michael phoned me up that afternoon from London and said, “You’re talking to the new Managing Director of the Bangkok Post.” 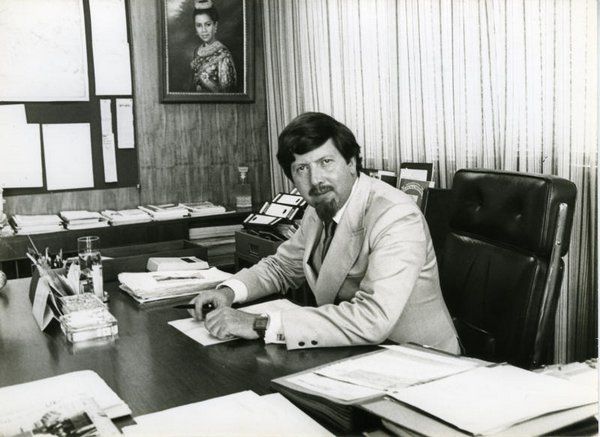 Christine’s husband Michael, at his desk at The Bangkok Post

“Oh yes,” I said, “where’s Bangkok?” [Laughter] He said “I don’t really know.  It’s half-way between India and China, I think.” [Laughter] This is before globalisation, and it had never been part of the British Empire and there were no such things as tourism going around like people do now.  So anyway, I said “Oh, we have to get used to going to Bangkok, you’re not going alone, we’re all going together.  I’m not letting you go alone.”

“And so, it was in January 1970 we set off as a family (we had two children at this time) to go to Bangkok. We left in deep snow.  I spent my whole time worrying about what I was going to dress the kids in because we were leaving in deep snow and 24 hours later, we were going to be in the Tropics.”

Have you enjoyed Christine’s extraordinary story? Let us know in the comments below! 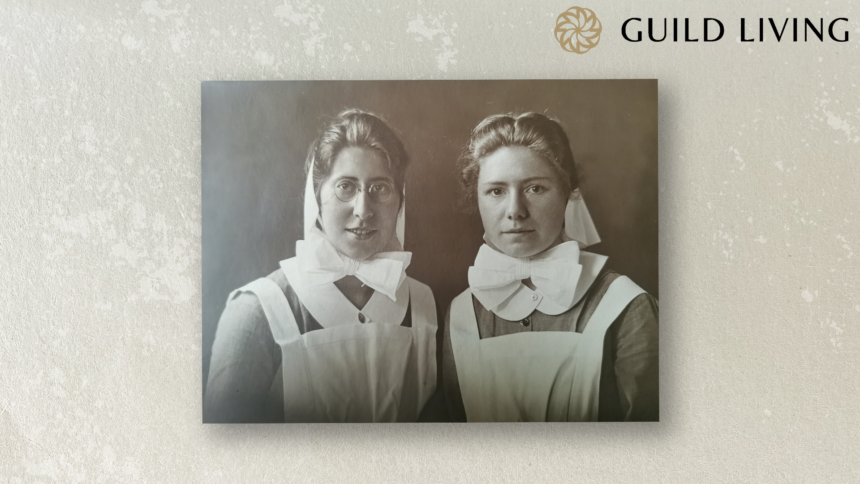 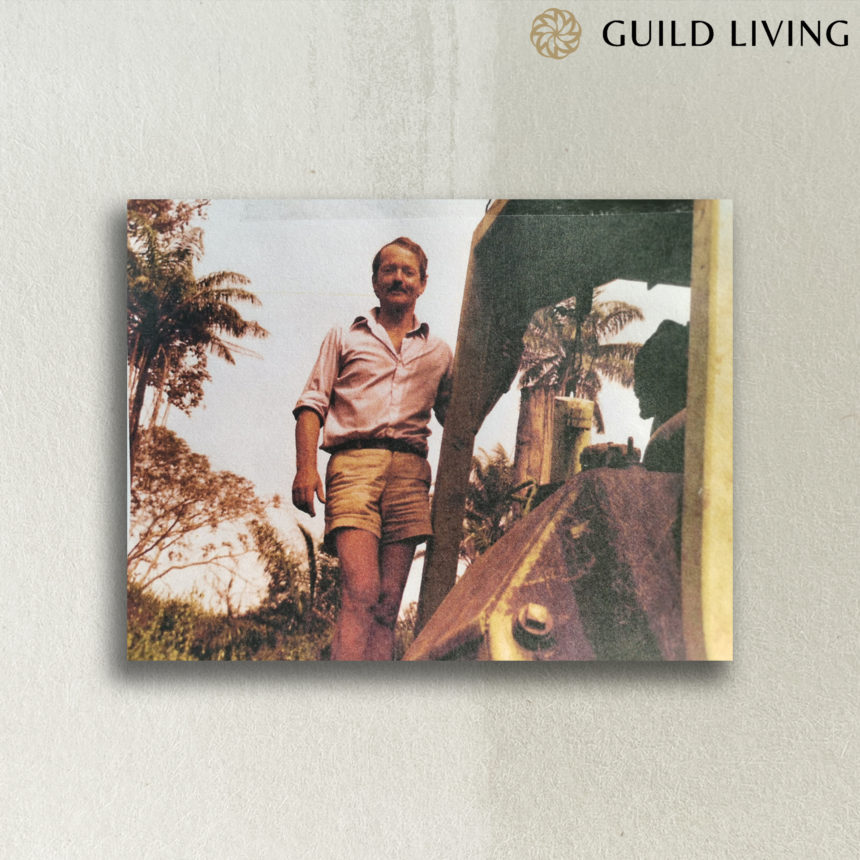 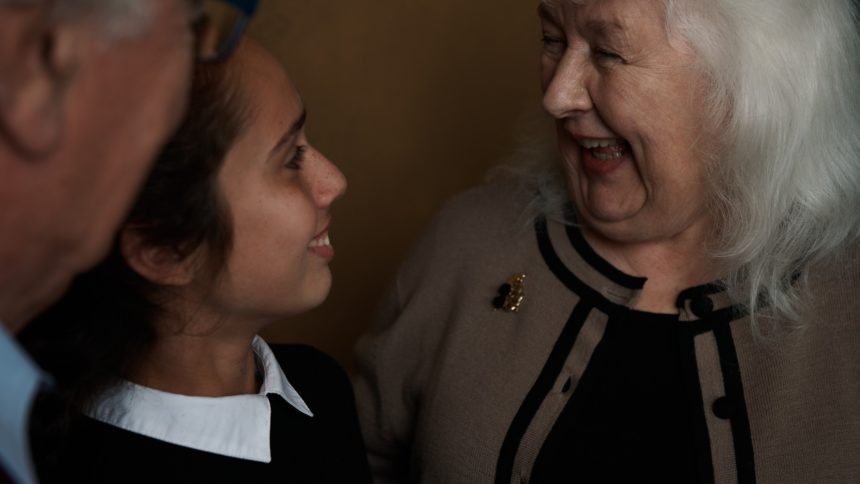 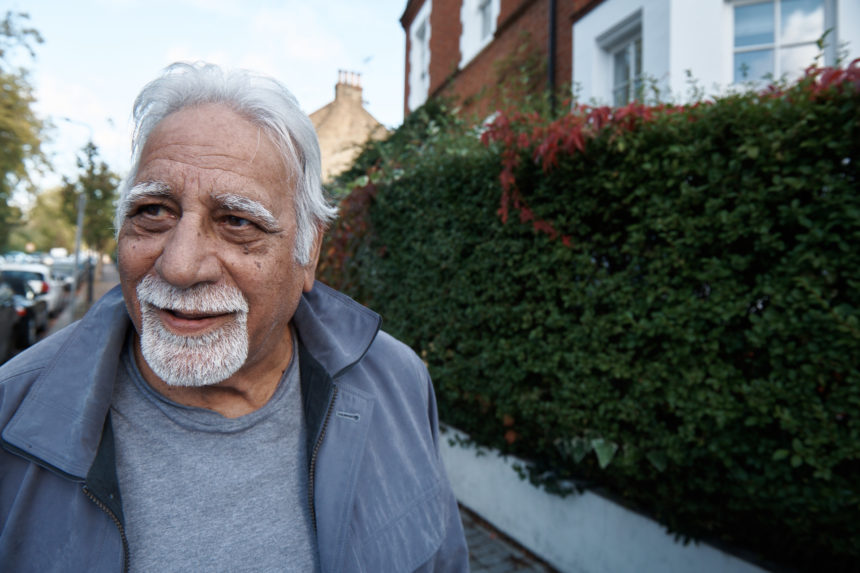 Did older people pay the price of protecting NHS from Covid-19?