The Financial Times has reported the three trends in the property market that will shape the next 10 years. The piece highlights ageing populations as the first trend, reporting that the next 10 years will need to see a new model for retirement. It explains that the new movement will focus on building later living housing in urban environments, with a primary focus on community and social connectivity.

The publication also reported high house prices as another factor that will continue to impact the property market. It explains, however, that property investment is no longer a safe option. Affordability issues are set to continue with those who buy two-bed flats unable to upgrade to houses as in previous generations.

The last trend set to transform the property market is technology. Investment in Proptech is set to increase and expand from real estate sales to ‘construction, property management and leasing’ and renters will move away from longer term rentals.

How will property markets change in the 2020s? [In this article], we look at how high house prices, tech and ageing populations will aﬀect the way we live

Sunny Mehat has been trying to sell his two-bedroom apartment in Vancouver for six months. It has not been easy. In 2016, prices in the Canadian city rose 30 per cent, but now it is a different story. In the past year, prices have fallen by more than 7 per cent, according to the Real Estate Board of Greater Vancouver.

“We had lots of interest but no one decided to buy,” says the 41-year-old IT manager. Mehat has lowered the price twice, but he still keeps getting lowball offers that he is not willing to accept. If he does not receive an acceptable offer in the next month, he will rent the flat out and hope prices will rise again.

Mehat may be waiting a long time. In the past decade, low interest rates and the relative ease with which wealth has been able to move across borders have transformed property markets in cities such as Vancouver, London, New York and Sydney. House prices were inflated and luxury homes were built at pace. But residents struggled to afford high prices.

Now, many authorities are fighting back with tax and policy changes to curb demand. In Vancouver, for example, province lawmakers introduced a 15 per cent tax on overseas buyers in 2016, since raised to 20 per cent.

As prices have fallen, investors are rethinking their portfolios. Now property “is not as safe as it used to be”, says Neal Hudson, a UK property market analyst. “We reached the end of an era of capital value growth,” says Yolande Barnes, chair of the Bartlett School of Real Estate at University College London. “With low interest rates, house prices can only rise with inflation or if rental yields grow”, she says.

“Investors have started to look further afield for stable returns”, says Liam Bailey, head of global research at Knight Frank. “You get an increasing pool of people around the world wanting investment portfolios with diversified risk by geography and sector.”

Over the next 10 years, Hudson expects lower capital growth and lacklustre wage increases in the UK. Those who buy two-bedroom flats in their twenties or thirties will not be able to upgrade to houses as previous generations did. Price growth will be muted, but affordability will remain a problem for many. “Affordability issues will still be top of the agenda in London and other global cities,” says Barnes.

For renters, the next 10 years could see the implementation of more rent controls. In London, mayor Sadiq Khan is pushing for devolved powers to manage London’s overheating rental market. There, the average private rent for a one bedroom home is more than the average for a three bedroom home rental in every other region of England.

For Heidi Learner, Savills US chief economist, a bigger source of concern are restrictions on cross-border capital flows, such as those imposed by

China on outbound capital. The White House is considering limiting financial investments between the US and China, too, she says. “This could be harmful for real estate in general.”

“A large number of cities like Vancouver and New York have benefited from capital coming out of China. Any restriction on these kinds of flows would have a negative [impact] for residential markets,” she says.

When online directory easyProperty launched in 2015, it staged a mock funeral procession through the streets of London to announce the death of the traditional high street agent. That ill-judged publicity stunt backfired. In the UK, online agent Emoov folded last year while Purplebricks, which operates a branch-free model with self-employed agents, exited the US market. According to a report by analysts TwentyCi, online and hybrid agents’ market share has been hovering at about 7 per cent for several years. Bricks-and-mortar agents, meanwhile, have survived the decade.

Technology is transforming the global property market in different ways, however. Investment in so-called proptech is booming, totalling nearly $20bn in 2018, a 38 per cent increase on 2017, according to Venture Scanner, a research company. For example, in 2018, SoftBank Vision Fund invested $865m in construction tech start-up Katerra, as well as online marketplace Compass and Opendoor, a start-up that flips homes.

Yolande Barnes, chair of the Bartlett School of Real Estate at University College London: “The last 12 months felt like a tipping point in terms of amount of funding and the quality and diversity of companies we’re seeing springing up,” says Clelia Warburg Peters, president of Warburg Realty and a co-founder of MetaProp, a New York-based property technology venture capital group. Although no longer associated with MetaProp, she is still an investor is proptech companies in the US. Warburg Peters says proptech will follow a similar pattern to fintech over the next decade, and that it will spread beyond real estate sales to construction, property management and leasing.”

She predicts renters will move away from long-term leases towards a hybrid of homes and hospitality, where they move quickly from one furnished and professionally managed rental home to another, guided by technology. “It will be Airbnb on steroids,” she says.

How we buy, sell and fund our homes will also be subject to revision by start-ups, both in the UK and the US. Wayhome in the UK, for example, provides a bridge between individual and institutional investors, where home ownership is shared at first and allows for a gradual buyout over time. Buyers put in a deposit of at least 5 per cent and Wayhomes funding partners top up the remaining 95 per cent. After moving in, rent is set for the part of the home that is not owned and buyers can purchase the rest of the house over time, gradually or in a lump sum.

In the US, start-ups such as Point allow homeowners to tap into their home wealth through an equity-sharing model. Point offers to purchase a share of typically between 5 and 15 per cent of the home’s value in exchange for an agreed loan amount (at a fee). It will make money if the value of the house rises over the duration of the investment, and the homeowner pays it a share of the overall increase, which could end up being a hefty amount. If it does not, the owner gets an interest-free 10-year loan.

For investors “tokenisation of property” is becoming a new way of diversifying portfolios. Using Blockchain technology, property owners can issue tokens, which represent a certain amount of shares in their asset. Investors can purchase them, becoming partial owners exposed to its appreciation. The technology is already operating in the US, where last autumn the first major project in Manhattan — valued at more than $30m — was tokenised on the Ethereum blockchain.

In Europe, Brickblock, a German start-up, tokenised the continent’s first property this year, based in Wiesbaden and worth €2m.

Sleepy retirement villages in remote countryside, where the median age rarely dips below 70, may be on their way out. The new model of retirement assumes older residents will live alongside everyone else, often in cities, and will focus on keeping up relationships with their neighbours.

“We need a new model of retirement living,” says Malcolm Johnson, emeritus professor of health and social policy at the University of Bath. “One which doesn’t sequester old people in late-life ghettos but brings them into a stimulating environment.”

Johnson is a gerontologist who was part of an expert team working on the Channel 4 experimental television programme ‘Old People’s Home for 4 Year Olds‘, in which a group of nursery-aged children were brought into a retirement community. Tests on the residents showed improvements to their physical and mental health after taking part in the experiment.

The UK’s demographics will change over the next 10 years. By 2032, official statistics predict there will be a 26 per cent increase in people aged over 65 and a 55 per cent increase in those aged over 85. “We’re massively underprepared for this,” says Phill Bayliss, head of senior living at Legal and General. Like others, he argues the focus should be on keeping people engaged and socially and mentally active.

“These days old people live in the institutions of one,” says Johnson, “and dwindle through lack of human contact.” He describes old-age care in the UK as akin to how mental illness was treated in the 19th century.

“Sweden and the Netherlands are pioneers of community-based old-age care”, he says, where such schemes have been operational for years. “What they do isn’t perfect but a standard bearer for what you can do,” he says. 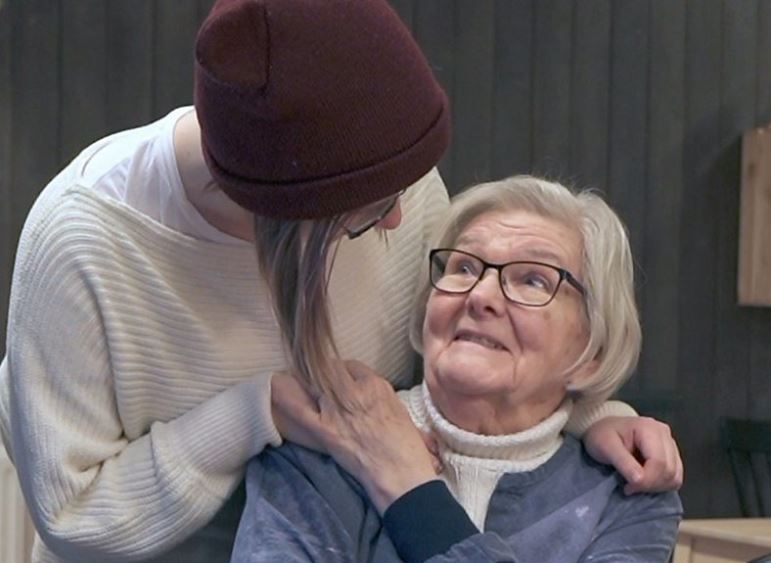 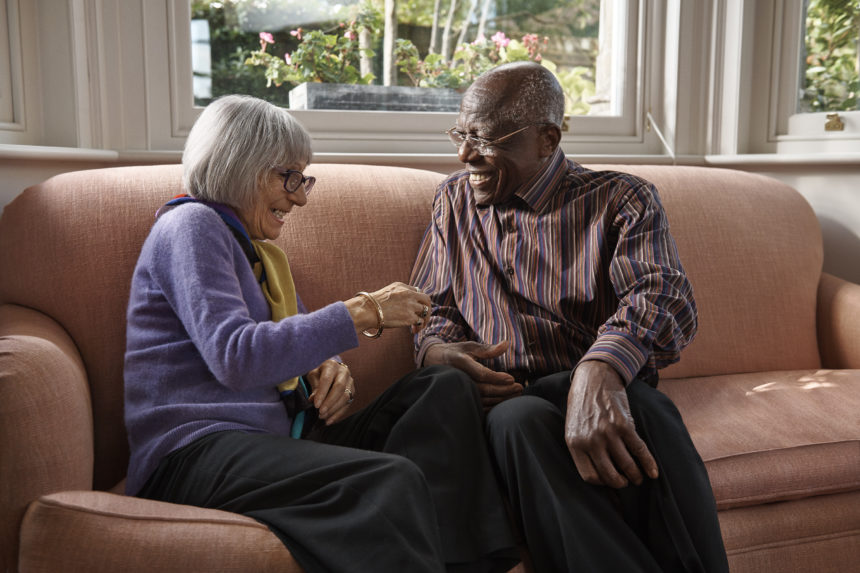 What really makes a house a home? 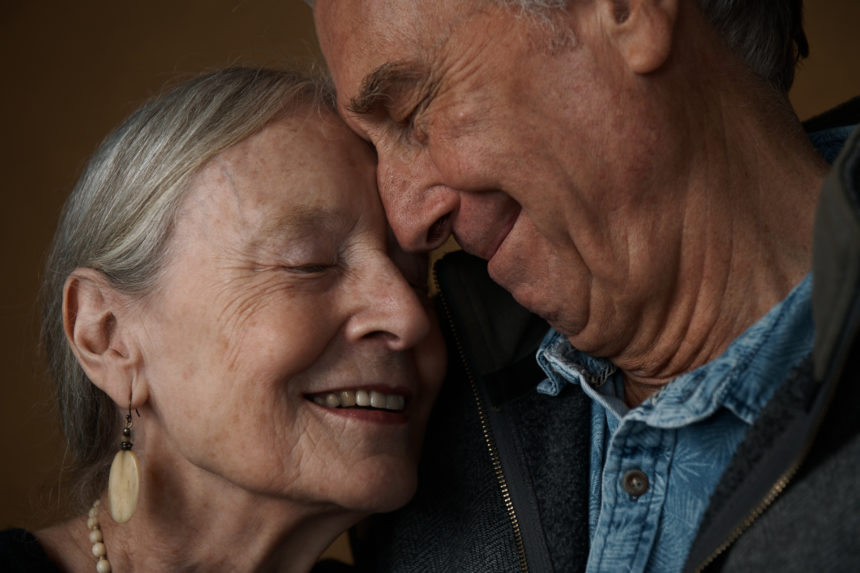 Sex: It’s Not Over Till It’s Over. 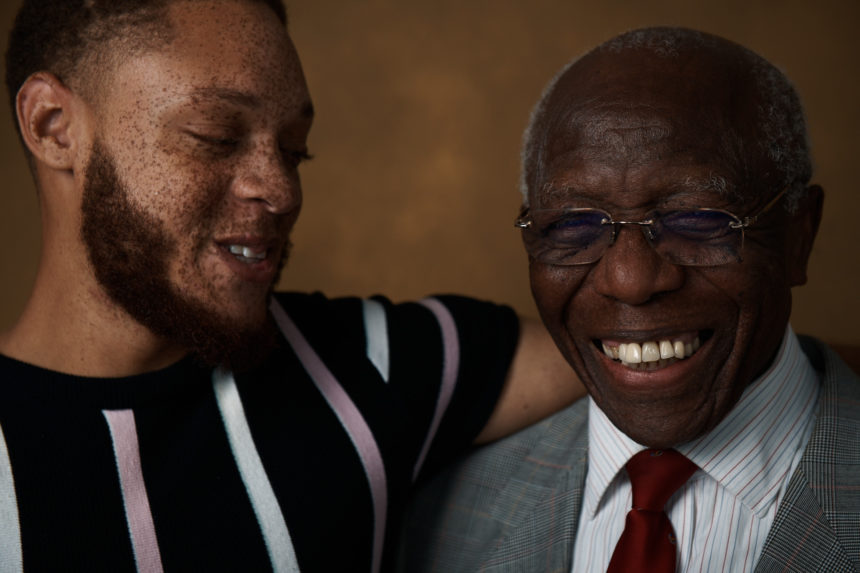 Too old for the fashion industry? We think not.